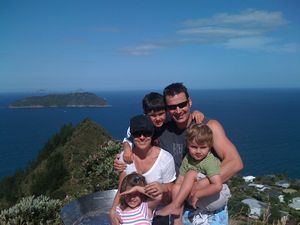 Mike has had a long history of realising his dreams through hard work and a systematic approach.

As a young boy from a low-income, single-parent home, Mike's dreamt of getting his commercial pilot's licence and becoming an Air New Zealand captain.

He realised that dream in 1996 and his international flying career with the airline has taken Mike around the world many times. He is currently a 737 captain flying within New Zealand shores.

Mike's mountain- climbing career has spanned six continents over 12 years with climbs including Mt Kilimanjaro in Africa and Alpamayo in the Peruvian Andes. In 2007 Mike became one of just a small number of New Zealand adventurers to reach the summit Mt Everest unguided.

As part of Mike's "giving back" philosphy he regularly talks to schools and is an inspirational and motivating keynote speaker. He has pledged to share his philophy with at least 20,000 High school children and speaks from the heart when he tells his audiences about the power of goal-setting. 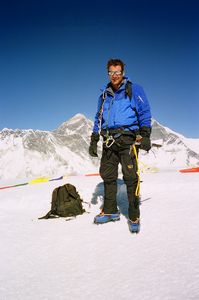 "I learned that through hard work and breaking down goals you not only reach your dreams but also have unexpected and unforgettable adventures along the way."

Mike is married to Wendy and their three children Ethan, Maya and Dylan are already keen to follow in their father's adventurous footsteps.

Each year Mike runs adventure tours to Everest base camp for Air New Zealand staff. Last year Mike returned to Nepal to deliver a replica "yeti" hand to a poverty-stricken village which had lost an important income source when the original "hand" was stolen.(www.returnthehand.com) 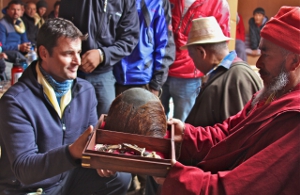